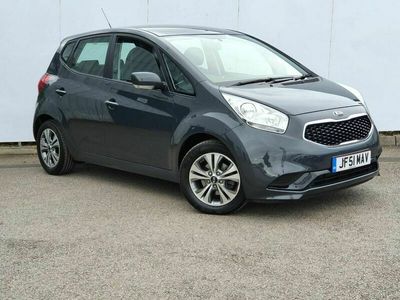 The family hatchback market has always been the most competitive car niche around. With the Mazda 3 the Japanese manufacturer is making a concerted effort to oust the old guard using dependable platforms and good prices. The results thus far are pretty good. Though the Mazda brand has an outdated image in Europe that damages sales, the car itself has a lot of potential.

The second generations of the Mazda 3 was based on the Ford C1 platform, the same award winning foundation for the Focus and Volvo S40. You could definitely make the argument that the best way to get a cheap Ford Focus is to a buy 2nd generation Mazda 3. Given that the Focus is a market leader, this is an obvious compliment. The front suspension setup is also the same as the Focus which has yielded results in the form of precise handling and voluminous spare parts in the event of repairs.

The engine lineup of the second generation is large enough with multiple choices of both a petrol and diesel variety. The 4 petrols and 3 diesels span from 1.6 litres up to the 2.3 litre DOHC. Overall the powerplants are good on paper but lacking in real world impact. There's a certain amount of thrashing needed to encourage acceleration, one that takes away from the driving experience. It's a shame because the interior is very good for the money yet the poor sound proofing and noisy engines have seen these efforts made in vain. Overall the second generation Mazda 3 isn't worth the savings you'll get for choosing it over the Ford Focus. Especially with the bargains available throughout the second hand market.

The third generation of the Mazda 3 is a very recent release and as such its hard to full assess the market impact. What we can say is this is a completely different car in comparison to its second generation forebear. Right down to the bones we begin with a new platform specifically developed by Mazda. The SkyActiv has already made waves with the Cx-5 and Mazda 6 and its sojourn into the family hatchback class should be just as successful. It certainly looks the part with its sleek lines and cat-like face.

The handling is much improved with an agility that is actually quite surprising given the unwieldy weight distribution of this front-heavy car. The SkyActiv platform has leveraged this weight and turned it into grip, it's one of the best handling cars in the class. The engines have had a lovely overhaul too and though they still need a lot of revving sometimes the simplified selection has allowed Mazda to focus more on each unit. The range is only 3 engines strong, beginning with the 1.5 litre petrol and culminating in a 2.0 litre powerplant sold with two differing power ratings. It's not much choice but it's enough and preferable to a wide choice of scrappy engines, as we saw in the second generation. The 148 bhp 2.2 litre is the best pick of the bunch, offering strong gutsy performance with great fuel economy. It's faster than the Golf TDi by a nice margin, just to give you an idea.

The bang per buck approach has played well in the cabin too. It's not stylish, it's not pretty but it's large and comfortable enough. On top of this all the trim levels but one will offer you sat-nav and an integrated media console as standard.

The second generation Mazda 3 was largely a failure, especially in the demanding European market. Yet with the recent third generation utilising an entirely new platform and engine lineup the Mazda 3 is really a force to be reckoned with. Whilst the Focus and Golf are still more finished products all round, the Mazda 3 is cheaper and has suddenly strut right into the top 5 in the class. Hats off to Mazda for turning things round.

All regions for Mazda 3

All fuel types for Mazda 3

All years for Mazda 3

All gear types for Mazda 3

All body types for Mazda 3

All trim level for Mazda 3