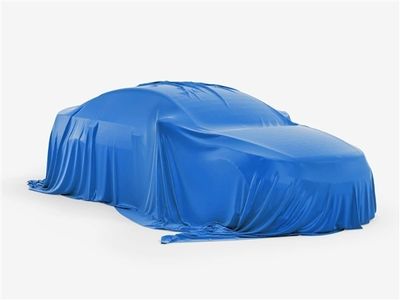 Get notified about price drops and new cars
-9% 1/1

The Focus is Ford's flagship family sized hatchback and has been a staple of European roads for over a decade. With its wide selection of engines and trim levels it has successfully marketed itself to multiple kinds of road user.

Second Generation (2005 - 2011):
Improving upon the well-received first generation was no mean feat yet Ford admirably stepped up to the plate. The second generation modernised the range with better equipment, a new selection of engines and numerous little tweaks to the engineering as a whole. These little tweaks added up to create sharper handling, great interior ergonomics and more reliable performance.

The second generation has a large range of engines starting from the 1.4 litre Duratec and running through 1.6, 1.8, 2.0 and even 2.5 litre options. The diesels come in three sizes of either 1.6, 1.8 or 2.0 litre capacities. The new introduction of variable valve timing for the 1.6 litre helped overcome the increased weight and add a fuel efficient option to the petrol range.

Trim levels are many with air conditioning coming as standard in every model of the range bar the entrance Studio model. The trim designations run from Studio through LX, Style, Sport, Zetec, Ghia and ends with the Titanium edition. Generally speaking equipment levels are generous with the latter trim levels adding specialty toys like heated front windscreens or MP3 playing capabilities. The range received a facelift in 2009 though engineering wise nothing changed.

Third Generation (2011 - Present):
The third generation of Focus kept alive the Focus' ability to outhandle the competition. In terms of suspension and general handling at speed it is unrivaled. Although not many improvements were needed Ford added a raft of new engines not to mention various technological options in terms of equipment. The result is a great all round performer and it's no surprise that the Focus quickly went on to become the best selling car in the world in 2012.

One noticeable improvement on the second generation was in the amount of equipment on offer. The trim levels, designated Studio, Edge, Zetec, Zetec S, Titanium, Titanium X and ST, brought options for bluetooth, cruise control and for those in colder climates the useful heated windows and mirrors. In the engine department Ford did not disappoint, a simplified lineup of petrol powerplants gives only a 1.0 or 1.6 litre choice. This sounds incredibly small but the 1.0 Ecoboost is for the frugal, whilst the 1.6 litre is available in a whole host of builds which can give anything from 85 BHP to 182 BHP! Diesels are of course present with newly updated 1.6 and 2.0 litre Duratorq powerplants that are both reliable and torquey.

All regions for Ford Focus

All fuel types for Ford Focus

All years for Ford Focus

All gear types for Ford Focus

All body types for Ford Focus

All trim level for Ford Focus