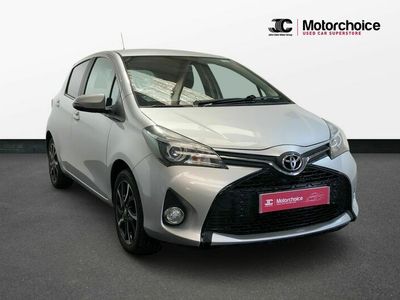 The Toyota Yaris may not have the historical pedigree of the Fiesta or Polo but its release in 1999 was well received by the European car market. It's engine technology in particular was well ahead of the curve with Toyota's patented variable valve timing impressing all. Yet that European Car of the Year Award was a long time ago now so what of the latest Yaris? Well, latest is a loose concept because the last Yaris, the third generation, was released in 2006 and has received very little updating since.

The engine technology of the third generation Yaris looks a lot less impressive than it did back when the second generation was released. The more traditional models in the range feature only four engine options ranging from the sluggish 1.0 litre to the petrol guzzling 1.8 litre. Those within the median of the range offer the best bet with the 1.3 offering the best balance between performance and fuel consumption.

The interior is very practical in the sense that everything seems to fold, this does make this somewhat cramped car far more practical than it looks. The trim levels range from T2 to T Spirit but quite frankly are as bland as the names suggest, yet quality is present. Nothing rattles and everything seems very solidly constructed. One change from the previous generation is the location of the instruments, they are no longer on the central console but are now located behind the steering wheel as with every other car. Seems a shame to have done away with that little design touch that made the Yaris stand out. Some mod-cons have been added though, rear parking sensors and multimedia systems for example.

The Corolla is an admirable attempt by Toyota to compete with the mid-tier saloon masters such as the Ford Focus and Seat Leon. It could have done well if the suspension hadn't been so soft and the interior had been better crafted. Overall it fails to meet the high standards set by Ford, and it's unlikely to draw wealthier buyers away from Audi and BMW.

All regions for Toyota Yaris

All fuel types for Toyota Yaris

All years for Toyota Yaris

All gear types for Toyota Yaris

All body types for Toyota Yaris

All trim level for Toyota Yaris