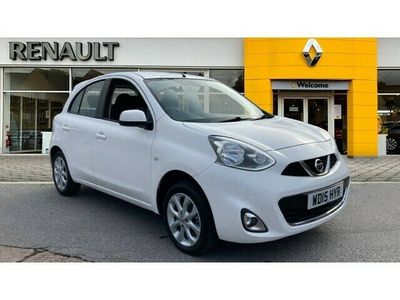 The very first model of the Suzuki Swift saw light in 1983 and as befit the era was little more than a box on wheels. It was only in 2004 and the arrival of the second generation that the Swift in its modern form arrived. It's smooth styling and updated engineering saw it attain greater than expected sales figures across Europe, helped in part by an excellent marketing campaign. The most recent generation is an evolved version and has been a presence on the roads since 2010. Has it improved enough on the second generation though?

Suzuki Swift Third Generation (2010 - 2013):
Suzuki admits to targeting younger buyers with the most recent Swift. This seems to be working as the 1.2-litre entry model is the best selling model of the range. Yet the car is also available as a 1.4-litre petrol and 1,3-litre diesel. The petrol engines are fun for those who enjoy revving, but the continual action needed to prompt speed can become a little tiring after a while. The diesel's performance is a little more torque, which can help on hills, but the fuel economy isn't enough of an improvement to set it apart. Suzuki have been right to push the 1.2-litre at younger buyers, the first car niche is probably the only place that the Swift will find any success. It's cheap, it's fun and it has enough speed to excite.

The fun extends to the handling too. The grip is good, and the stability needed to inspire confidence is there too, though there are issues with the steering feel. There is too much of a disconnect between steering wheel and road which undermines the go-kart feel that every small car since the Mk1 Volkswagen Golf has been aiming for. These worries are for the driver though, the ride for passengers is very good. The suspension handles the peaks and troughs very well ensuring a comfortable experience for all on board.

Passengers in the rear also receive a treat in the shape of the roomy rear seats. For a small car you can't help but be impressed at the spacious layout of the interior. Unfortunately, the ergonomics are undone by the poor quality of the finish. There's no feeling of solidity you find in the Volkswagen Polo, and the lack of additional options leaves one with very few toys to play with too.

Overall the Suzuki Swift feels like a "not quite there" supermini. The promising chassis and Volkswagen sourced engines should have been a recipe for success, but its all been let down by the cheap interior and disconnected steering feel. In the highly competitive supermini market half a success isn't good enough, and the Ford Fiesta, VW Polo and Mini Cooper all make the Swift feel like an inferior product.

All regions for Suzuki Swift

All fuel types for Suzuki Swift

All years for Suzuki Swift

All gear types for Suzuki Swift

All body types for Suzuki Swift

All trim level for Suzuki Swift