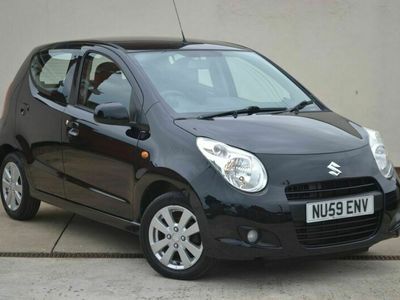 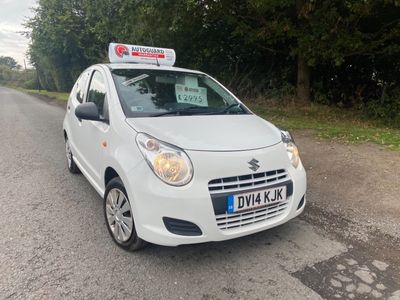 If there's one world that sums up the heritage and design of the Suzuki Alto, it's unique. Beginning as a vision of the future in the congested streets of Tokyo it has remained with us for over three decades. The Alto has been the Asian face of small engine motoring ever since. Indeed it is now on its seventh generation.

Seventh Generation (2009 - Present): The Alto has a very simple brief, it's simply the cheapest means of getting from A to B in a city. It meets the brief with spectacular success, and you also have a surprising amount of fun while doing it. The Alto is a little like a Mk1 Golf in the sense that the light weight and precision steering can't help but give birth to a smile, it may lack the blistering pace of an old GTi but it's a genuinely fun car.

The range of engines is tiny, in fact, there is only one to choose from. Don't worry though, the 0.8-litre 3-cylinder may be small but it's also very eager thanks to the low weight of the chassis. You'll be able to reach 60mph in under 12 seconds, but it often feels faster due to the lack of heavy cabin. This low weight profile is, of course, the result of some heavy trimming. First of all the equipment spec is virtually non-existent, beyond air-con and electric windows there's nothing on offer. Suzuki has been ruthless with the design brief, to the extent you almost have to admire it.

Whilst the interior feels suitably cheap, there is actually some good room for passengers. This is helped by the tall construction of the Alto's body though unfortunately it's a rather different tale for the boot. You'd struggle to fit anything of any girth in the limited boot space and shopping trips will likely have to use the rear seat for additional storage.

The Alto does exactly what it says on the tin, it's honest about its intentions and it fulfills them in a fun and accessible way, It can't compete with the likes of the Ford Fiesta in any area except price and weighing in at a good 25% cheaper to purchase and run it does this emphatically. If you're looking for a fun city car that will save you a lot of money on running costs, it is a great choice.

All regions for Suzuki Alto

All fuel types for Suzuki Alto

All years for Suzuki Alto

All gear types for Suzuki Alto

All body types for Suzuki Alto

All trim level for Suzuki Alto