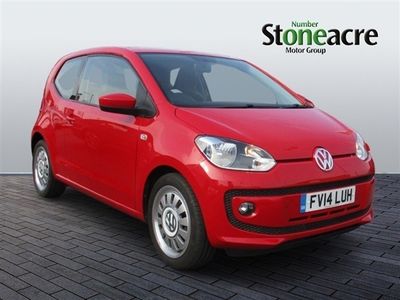 Many readers will remember the days when Skoda was the butt of automotive jokes, yet the Fabia was what changed all that. The release of the Czech supermini in 2000 marked the beginning of a new partnership between Skoda and Volkswagen, one that saw the reputation of Skoda change drastically. This has continued until the present day with Skoda now being seen as a range of cheaper de-badged Volkswagens.

Second Generation (2007 - Present):
The first generation of the Skoda Fabia ended in 2007 and with its brand new Volkswagen platform sold well whilst winning various awards. The expectations for the second generation were high, so what's the verdict?

In terms of exterior styling the second generation of the Fabia went slightly downhill, the cutesy sleek look has given way to a more bulbous finish apparently inspired by the Skoda Roomster. It's definitely larger than the old model, which may be an issue for those looking for a convenient city car. The same tweaked platform is present yet given that the Volkswagen group uses the same platform in the Volkswagen Polo, Audi A1 and Seat Ibiza, it's not enough to make the Fabia stand out. It's not all doom and gloom though. The brakes are top notch on the Fabia, and the interior is well constructed.

The engine lineup is once again standard Volkswagen fare but this is no bad thing. The broad lineup offers some good balance between performance and frugality in the middle of the range. The 1.2, 1.4 and 1.6 litre engines are naturally torque and almost bulletproof in terms of reliability. The diesels of the range are very popular, ranging from the 1.2 to the 1.9 litre TDi. The 1.6 litre TDi is worthy of note, supplying over 100 BHP whilst still retaining over 60 miles per gallon. The extremes of the range are largely failures, the economy unit in the 1.2 litre is extremely uninspiring, and the high MPG figures quotes would involve driving in a stressful fashion. Meanwhile, the 1.9 TDi is the closest the Fabia gets to a performance model. The 1.6 TDi is certainly the pick of the bunch.

Given that the Fabia has so much in common with the Audi A1, VW Polo and Seat Ibiza it's no surprise to learn that it fails to stand out in the ultra-competitive supermini class. Whether it be better equipment levels, more finely-tuned engines or more visually pleasing styling, the top 5 market leaders have the Fabia firmly beat. The Opel Corsa, the Polo, the Ford Fiesta, the Honda Jazz and even the Kia Rio render the Fabia largely obsolete. It's a real shame because the first generation was a great car, yet the current Fabia offers nothing new. The great interior and good braking performance simply don't make up for decidely average package that is the Skoda Fabia.

All regions for Skoda Fabia

All fuel types for Skoda Fabia

All years for Skoda Fabia

All gear types for Skoda Fabia

All body types for Skoda Fabia

All trim level for Skoda Fabia