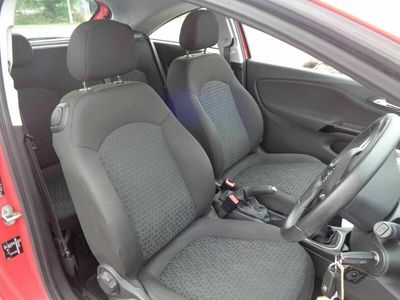 The Fiat Panda is the trademark small hatchback of Europe's trademark small car provider, so you should know what to expect. It certainly ticks all the boxes, neat styling, cost effective running and go-kart style handling perfectly suited to the urban landscape.

The successor to the Seicento the second generation Panda is actually of no real engineering relation to the first Panda of nearly ten years prior. This is probably a good thing, whilst still compact and cheap to run the second generation adds good build quality, a stylish interior and precise steering to the mix. The original Panda would fall apart in a stiff breeze but not so with the newer incarnations, the Panda then is a thoroughly modern car.

The engine range is mammoth running through twelve differing editions of the 1.1, 1.2 and 1.3 litre powerplants. Given the small size of the car, they are all suitable for urban driving and even the 1.3 litre 16v gives reasonable fuel consumption. Long distance driving is another tale altogether and whilst the high ceiling of the Panda does give the illusion of space, it's simply not built to be a long distance cruiser.

Over the course of its nine year production cycle the Panda was subject to no less than three revisions of the range, not to mention the release of ten special editions! The 2005 revision gave the whole range ABS as standard, the 2007 revision improved the seat upholstery and the large 2009 revision launched newly improved improved 1.1 and 1.2 litre engines for the new "Eco" models.

Whilst the 2009 revision saw some major changes by the time a decade of the second generation being released rolled around, it was high time for the next evolution of the Panda. Utilising the new city car platform Fiat's reworking of the Panda has been one of the nicer revamps of recent history. The range of powerplants is much smaller though still run off of a three basic engine aspiration model. The 1 litre has been replaced by an innovative 0.9 litre engine meaning the range runs through a 0.9, 1.1 and 1.2 litre spectrum. The fuel efficiency of the 0.9 litre is legendary and is often touted as the perfect urban engine.

The trim is improved but still basic, as is to be expected from a budget small car. The whole range is short on toys too, with even fairly basic modern tools such as GPS only becoming available in premium models. Considering the great utility of GPS in urban environments, this seems something of a failing for a purpose designed city car.

The VW up! and Ford Ka are simply better to drive than the Panda. That said, if you're renting in the short term and getting good fuel consumption in an urban environment is the aim, the Panda is a solid choice. Be sure to get the higher end trim levels though as the budget options really are lacking when it comes to equipment.

All regions for Fiat Panda

All fuel types for Fiat Panda

All years for Fiat Panda

All gear types for Fiat Panda

All body types for Fiat Panda

All trim level for Fiat Panda