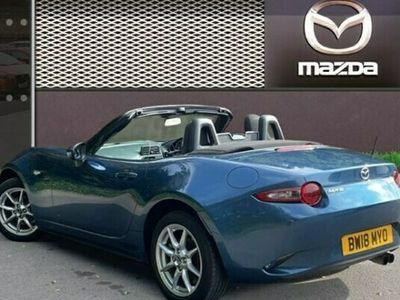 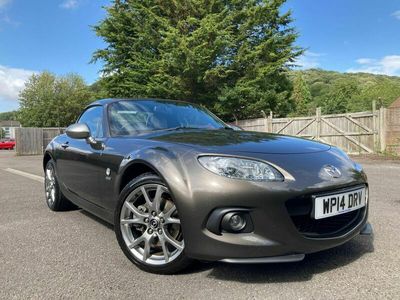 The Mazda MX-5 is something of an institution, released initially in 1989 it caused an instant stir as the world's first small sporting convertible for a reasonable price. The lightweight frame, sleek looks and fun handling led to it being the biggest selling sports cars of all time. That was a long time ago though, where does the MX5 stand in the modern market?

The basics remain unchanged, the MX5 is still the archetypal light sports convertible and with the facelift arriving in 2008 also has the modern styling to go with it. It's got a little bigger over the years, with all the new engineering to fit in but still has that cute pocket-sized feel about it.

The third generation is more solidly constructed than previous models which you feel straight away. Some may argue this spoils the fun a little but as an everyday driver, the MX5 now feels a lot more secure. There are two choices of engine at your disposal. The range opens with a 1.8-litre petrol that gives only 125 bhp, this really isn't enough power for the more substantial mass of the third generation. The 2.0-litre option is just about enough to make things interesting, but it does require a bit of work to get the most out of it. With 158 bhp at its disposal the 2.0-litre powerplant will get you to 60 in around 7 seconds, nothing spectacular.

Despite the larger road presence the MX5 still has beautifully balanced handling, the rear wheels may not be delivering huge amounts of power but there is still much fun to have. The third generation has the ability to inspire great confidence around the bends and when you approach the limits of its grip the back-end is easy to keep in line. All in all, it's still a fantastic car to drive. The interior remains pretty unchanged too, but this is less of a good thing. There's a lot of plastic swimming around but unlike other manufacturers there has been little attempt to break up all that grey, it's still very 90's Japanese in there.

The most important thing to note is that the fun driving experience for which the original MX5 was renowned is still there. This alone pushes it into the top 5 of the class. Yet the engines haven't increased in power to match the newly added weight, and we really expect some significant redesigns to the cabin to keep up with the modern market. All in all, the MX5 is still a great car but the BMW Z4 is a better package and even the Nissan 370Z is giving it a run for its money.

All regions for Mazda MX5

All fuel types for Mazda MX5

All years for Mazda MX5

All gear types for Mazda MX5

All body types for Mazda MX5

All trim level for Mazda MX5